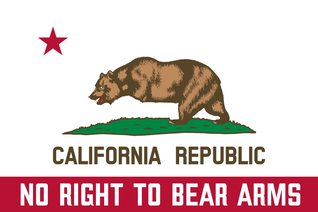 ​This information is not intended to be a guide for active or retired peace officers, 832 PC officers, security officers, those in the firearms business or in specialty occupations. Businesses and persons to whom specialty exemptions may apply should consult their union, agency, company, attorney, or other resources. This information is intended for the average person, and those with special situations should consult other resources. Again, this is for the most common exemptions, not weird one-offs like being invited to the Capitol or the Governor’s Mansion with a gun and it is not our intention to recapitulate every exemption for the sake of being encyclopedic.

What does the NSRPA v. Bruen Second Amendment Supreme Court Opinion mean immediately in California?
The major change is that counties can no longer deny permits for "good cause." Self-defense and "because I want to" is good enough. It will take time for the changes to trickle down and sort themselves out.
At the local level, there will probably be extreme delays due to pent-up demand for permits and small numbers of staff devoted to the permit details. In many jurisdictions this will be deliberate. Expect counties like San Francisco to do this on purpose. Morality qualifications, like too many police contacts or calling 911 on your neighbors too often, may be used to disqualify people, and this may need to be fought in court.

At the state level, expect legislation to complicate and frustrate the CCW process, including higher fees and other "requirements." Expansion of gun free zones will probably expand. All of this will have to be dismantled in court, however the opinion will probably result in those laws being thrown out.
Read the attorney General's legal advisory

Loaded open carry has been illegal in incorporated areas (cities) since 1968. Unloaded open carry has been illegal since 2012 (handguns) and 2013 (long guns). Open carry, either loaded or unloaded, is prohibited in incorporated cities and "prohibited areas" of unincorporated areas; that places within the parts of a county that are not part of a city and it is illegal to shoot a firearm there. This prohibition and others makes it extremely difficult to carry a firearm for self-defense in urban areas but allows for the use of firearms in lawful hunting, target shooting, or protection in rural, wilderness, or undeveloped areas.

An “incorporated area” is an actual city or town that has its own city or town council (city/town has the same meaning in California law). Small, built up areas may or not be incorporated, where as large sections of residential, commercial, and industrial areas may be unincorporated. These sections were intended to essentially make it illegal to carry firearms in built-up areas whether part of a city or not. Some rural counties may not prohibit discharge of firearms in small built-up areas, but other restrictions may apply and law enforcement will investigate someone seen with a firearm.

Open carry is permitted at one's home, in their business, or on their private property. However, it may be illegal to do so within view of the public outside of the structure. Openly carrying a weapon while responding to an immediate threat to life (in self-defense) is also permitted. Licenses to carry "loaded and exposed" may be issued in counties of less than 200,000 to residents only.

Concealed carry has been totally licensed since 1923. California was a "may issue" state where police chiefs or sheriffs may choose to issue a license to carry a concealed firearm (LTC, or license to carry). The policy on issuance varied widely from county to county and city to city. Some jurisdictions did not issue licenses at all. Issuance was at the sheriff's or chief's total discretion. Subjective standards of "good cause" and "good moral character" were applied in an arbitrary fashion. Those who would be well-qualified in one county or in another state might have been unable to receive a license in another. All of this has changed since the NSRPA v. Bruen Supreme Court ruling that effectively rendered the nation "shall issue." Expect California to resist the ruling any and every way possible until they are shut down in court. At this time the state statutes remain as written.

Those who are issued licenses must obey strict terms and conditions; issuing authorities may place their own conditions on the permit such as time, place, and activity restrictions (i.e. only while taking a deposit to the bank). Licenses are valid up to two years, however, issuing agencies can specify a shorter expiration period. Each firearm desired to be carried must be qualified with and listed on the license.

Most of the exemptions for carrying a concealed firearm in public are to allow someone to transport a cased firearm from home to a shooting activity, gun store, etc. It is illegal to carry a concealed firearm around, even unloaded and locked up, just in case. Unlicensed concealed carry is usually a misdemeanor, unless the gun is not registered to you, in which case it can be a felony. A misdemeanor will cause a five year loss of firearm rights.