For most firearms, 10-30 round magazines are actually standard capacity.
Pending completion of the legal process and the decision of the State to appeal, it is still technically illegal to buy/sell/import large capacity magazines. ​See this statement from the NSSF for more information (outdated). Sticking a legal large capacity magazine in a rifle may make it into an illegal "assault weapon" regardless of whether or not the magazine itself is legal to posses or not. The Benitez "freedom week" decision was overturned and the case is said to be on its way to the US Supreme Court as of November 30, 2021. See this TTAG story. A stay has been issued until May 22, 2022 for magazines possessed prior to the ban or obtained during "Freedom week." Read more here. 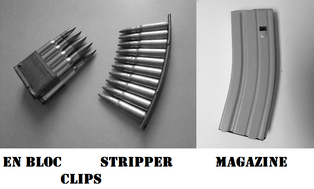 What's the difference between a magazine and a clip?​
Magazines and clips are often confused; while similar in function they are as different things. A magazine is a box type device that attaches to a firearm and has a spring inside to push the cartridges upwards and into the. A clip is a small piece of metal that cartridges are clipped into to hold them for later loading directly into a magazine that is part of the firearm itself. While the term “clip” meaning magazine has become interchangeable, there is a difference and the correct term is magazine. Don’t look foolish by calling a magazine a “clip.”

​10+ round magazines are prohibited in California. You may not order/buy magazines out of state and have them shipped or bring them  home. Duncan (Freedom Week) update: overturned and returned to status quo ("hi-cap mags" are illegal once again) as of Nov. 30, 2021, pending SCOTUS.

This includes any box magazine that can accept more than 10 rounds, including drum magazines. This applies to any magazine for any kind of firearm, that is not a .22 or a lever-action rifle; this applies to bolt-action guns as well, although certain weapons may use court-protected magazines.
“Large-capacity magazines” prohibited
32310 prohibits “large-capacity magazines.” The penalty for possessing one is a misdemeanor, punishable by a $100 fine per magazine and/or up to a year in jail.

The first ban took effect January 1, 2000 and allowed owners of large-capacity magazines to keep them. It was illegal to sell them or bring them into California after this date. 2016’s gun bills and Prop 63 removed the grandfathering provisions for people who legally owned large-capacity magazines and required owners, prior to July 1, 2017, to:
​“Conversion kits” are also illegal (32311). These are often called “parts kits” and “repair kits.” This is a package with a new set of springs and internal components that replace the insides of a full-capacity magazine blocked to take 10 rounds. Most retailers do not sell these to Californians or at all due to aggressive enforcement.

There are exemptions, but they do not apply to normal people.

While the 9th Circuit appeal overturned Benitez's decision on 11/30/2021, pending a US Supreme Court appeal, it is still technically illegal to buy/sell/import large capacity magazines. A stay has been issued until May 22, 2022 for magazines possessed prior to the ban or obtained during "Freedom week." Read more here. 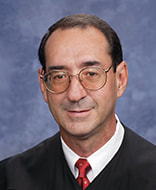 Judge Roger T. Benitez
Freedom Week refers to the week-long period where it was legal to buy, sell, and ship large capacity magazines in California as a result of federal court Judge Benitez’s ruling in Duncan v. Becerra finding the ban unconstitutional. Benitez’s brilliant ruling addresses the misconceptions about the nature of large capacity magazines. Status of the case can be found here.

Freedom week lasted from the afternoon of March 29 to 5 PM on April 5, 2019 (Friday to Friday). During this narrow week in time, it was possible to buy magazines and Internet retailers were shipping to California. Some estimate that nearly the entire retail supply of large capacity magazines in the United States was allocated for Californians during Freedom Week.

Because so many magazines were imported to California, it was infeasible to suddenly turn all these gun owners into criminals overnight after relying on the court’s ruling. The April 4, 2019 stay enjoined (prohibits) 32310(c) & (d) from being enforced. 32310 (a) & (B), making and importing the magazines, remains illegal. Magazines that were already purchased, but had not shipped or arrived by 5 PM April 5, 2010, were protected by the injunction. This was overturned and is not in effect as of Nov. 30, 2021. A stay has been issued until May 22, 2022 for magazines possessed prior to the ban or obtained during "Freedom week." Read more here.

Can I still get some large capacity magazines?
Sure, if you want to break California law and illegally import them into the state after buying them outside of California.

Can they really know when I bought my magazines?
In any prosecution, the burden of proof is on the government to prove the charges beyond a reasonable doubt. To enforce a large capacity magazine violation, the state would have to prove that you bought or acquired the magazines after the ban. Note that many magazine designs were made after the 2000 cutoff, such as Magpuls.
Can I carry or use large capacity magazines?
No. During the Benitez injunction (which no longer is in effect), in March 2020, a man was charged in Tulare County for possession of large capacity magazines. After his arraignment, the District Attorney acknowledged Freedom Week and dismissed the case. This did not create precedential case law, but is an acknowledgement of the injunction by a prosecutor. 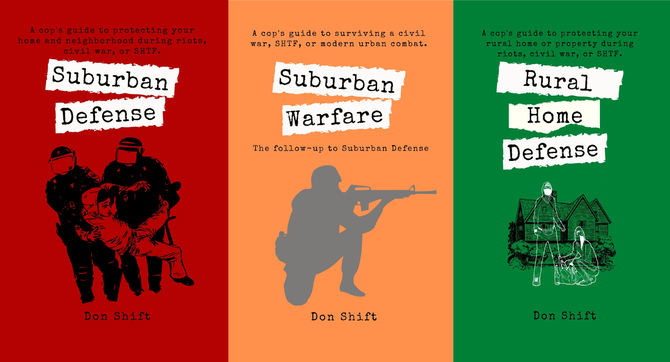 Help a friend of the editor out, buy one of his books.