Those who are legally unable to possess firearms. 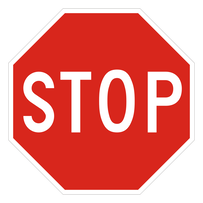 Generally, if you cannot own firearms, you know that. Some people may be unaware that they may not posses firearms:

I smoke marijuana. Is it legal for me to own a gun?
No. Under federal law, you are an unlawful user of a controlled substance. The 9th Circuit Court of Appeals has upheld this rule. Marijuana in any form, even medicinal, is illegal under federal law, which does not recognize medicinal uses or state laws. Users of marijuana are prohibited persons. Checking 'no' on question 11(e) on the Form 4473 would be a lie if you use marijuana. See this ATF letter on the topic.
The DOJ has a full list of prohibitions here.

Again, if you feel this applies to you, contact an attorney.

Possession of ammunition or magazines prohibited

​30305. (a) (1) No person prohibited from owning or possessing a firearm under Chapter 2 (commencing with Section 29800) or Chapter 3 (commencing with Section 29900) of Division 9 of this title, or Section 8100 or 8103 of the Welfare and Institutions Code, shall own, possess, or have under custody or control, any ammunition or reloaded ammunition.
[penalties omitted]

Note: more than just ammunition is prohibited: projectiles, magazines, clips, and loading devices are prohibited too. This may also include reloading components like black powder, empty cases, or primers.

Can I check if I’m prohibited/eligible online?
Yes, you will need to create a CFARS (California Firearms Application Reporting System) account by going to this webpage.